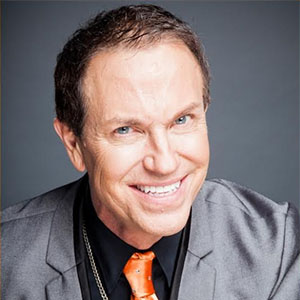 Once called “the David Lee Roth of corporate America”, Marvelless Mark Kamp’s road to the speaking stage has been nothing short of fascinating.

The seeds for understanding the intersection of Rock n’ Roll and business were planted early when he worked as a DJ for Real Rock Radio Q-99 and WIBM-94 Gold while being groomed in sales and promotions.

With a passion for music and a talent for captivating an audience, Marvelless Mark became an entertainer. He owned, toured, and fronted two live Rock n’ Roll shows called “Party of the Century” and “Rock This Way,” doing performances in the US and Internationally. This time allowed him to share the stage with Steve Miller, Cheap Trick, Star Ship, B-52s, Third Eye Blind, 38 Special, KC and The Sunshine Band, Huey Lewis, Kenny Loggins, Journey, BTO, Kool and the Gang and many others. His next stop was headlining his own Rock n’ Roll show at the Venetian on the Las Vegas Strip for over four years as part of the Rock of Ages franchise.

Then, the tragedy on 9-11 occurred. Corporate America was hit very hard and since most of his clients were affected, he was forced to reinvent. In 2002, Mark combined his love of Rock n’ Roll and his passion for business to create “Rhythms in BusinessTM,” an interactive team building presentation perfect for opening and closing conferences.

Seeing the potential in his new endeavor, Mark joined the NSA (National Speakers Association) that year and began creating his “Opportunity Rocks” experiential keynote, and speaking part-time. In 2011, he wrote and published his book Opportunity Rocks. Both his keynote and the book examine the business success principles of rock stars and dive into the lessons he’s learned from entertainment, entrepreneurship, and his previous life as a top insurance salesman, agri-business professional, and corporate manager.

Mark’s work has been seen on CBS, NBC, ABC, FOX, USA Today, TBN, and more. He now delights audiences around the globe with lessons from classics like the Grateful Dead, Rolling Stones, and KISS to current artists like Jay Z, Lady Gaga and Bruno Mars. He teaches them how to apply the business principles of Rock n’ Roll stars to any business … all while wearing pointy, impractical boots, a rhinestone belt buckle, and some pretty cool jackets.