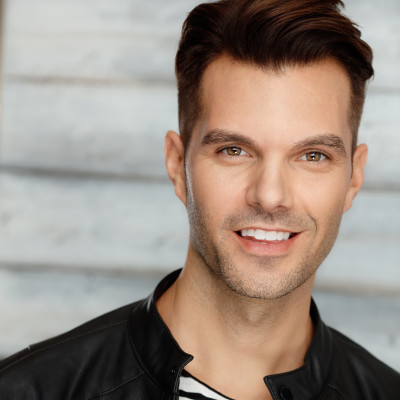 Perspective coach, author, social influencer and celebrity TV host AJ Gibson has a gift for helping individuals shift out of a fear based mindset into one of abundance and opportunity! He does so through his keynotes, coaching and workshops. Using his signature M.O.V.E. system TM AJ helps individuals strengthen their ability to view every experience as an opportunity for growth, no matter their current reality. Attendees leave their time with AJ ready to MOVE into the life they were created to live, by using the system’s 4 simple, repeatable steps to transform their thought patterns into a productive, action oriented mindset. Since entertaining viewers as a contestant on ABC’s “Expedition Impossible” in 2011, AJ has turned his 15 minutes in the spotlight into a successful career as a television host and public speaker. AJ spent 2 years as the host of Hollywood Today Live on FOX, has filled in as a guest co-host on Access Hollywood Live and appears regularly on Southern California’s iconic morning chat fest Good Day LA! You can also catch AJ sitting next to the ladies of The Talk on CBS or giving fans the Inside Scoop on The Wendy Williams Show.